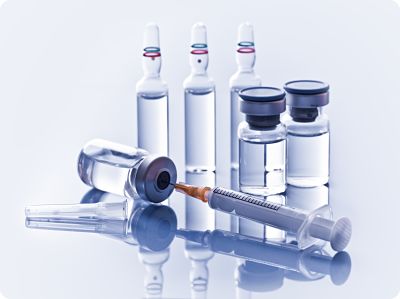 Evidence of immune elimination, immuno-editing and immune escape in patients with hematological cancer

There is mounting evidence that the immune system can spontaneously clear malignant lesions before they manifest as overt cancer, albeit this activity has been difficult to demonstrate in humans.  The calreticulin (CALR) exon 9 mutations are driver mutations in patients with chronic myeloproliferative neoplasms (MPN), which are chronic blood cancers.  The CALR mutations generate a neo-antigen that is recognized by patient T cells, and T cells isolated from a patient with a CALR-mutation can recognize and kill autologous CALR-mutant cells.  Surprisingly, healthy individuals display frequent and strong T cell responses to the CALR neo-antigens too.

I have been following this research since I became aware of it in early 2019.  The Danish team is doing some amazing work!  The following is noteworthy, as it is stated under “Conflict of Interest” on the abstract above (January 2020):

Morten Orebo Holmström, Mads Hald Andersen, and Hans Carl Hasselbalch have filed a patent regarding CALR exon 9 mutations as targets for cancer immune therapy.  The patent has been transferred to Zealand University Hospital, Zealand Region and to Herlev Hospital, Capital Region, Denmark, according to Danish Law concerning inventions created at public research institutions.  The authors declare that there are no other conflicts of interest.

Professor Mads Hald Anderson is a Founder, CSO (chief scientific officer), and BoD of IO Biotech.  IO Biotech is a clinical stage biotech company developing disruptive immune modulating anti-cancer therapies.  They are focused on the development of immunological treatment of cancer with a research profile based on successful R&D discoveries, translated into numerous clinical trials.

Details of their CalR: IO160 clinical development (they are involved in first in class immune modulating therapies against hematological cancers and solid tumors).

On a different research article, I exchanged an email inquiry with Professor Mads Hald Anderson.  Here is the original study (you will need a Phd to understand this article) – https://bit.ly/2EqJZxi – therefore interpretation in “layman’s terms” was needed for patients.

Here’s what he Professor Anderson had to say (March 2019).  Yes it is dated, but a follow up inquiry was not available.  Primary completion date on clinical trial is February 20, 2020:

Being developed by the Danish team at Copenhagen University hospital.  Professor Mads Hald Anderson was my contact and the project lead.

The good folks in the ET group alerted me to this research and tagged me about interpretation in “laymen’s terms.”  It’s a long study and written at the Phd level.

Here are the questions I posed:

1 – Can you provide an update in laymen’s terms on your exciting research?
2- Would this provide a preventative measure against developing an MPN, but also a potential cure for those already effected?
3 – At what stage is your research? Any details you can provide would be greatly appreciated.

Here is the email (mostly unedited) –

Thanks for your mail.  It is great to hear that our research is generating interest.  We also believe that our results the last couple of years in the MPN field is highly interesting and potentially can get huge impact on the future treatment of MPN.

Let’s start with CALR – we have described that the immune system is able to recognize and react towards the mutated C-terminus of the CALR protein – thereby killing the mutated cells.  We have seen spontaneous immunity in patients.  What we also saw was that patients later in the disease (MF) seem to have a weaker response compared to ET patients – which suggest that the neoplastic cells escape the immune system.  We hope that we will be able to restore and increase the immune responses towards the CALR mutation by vaccination and have started the first clinical vaccination trial – a phase I with 10 patients where we of cause mainly look at safety (but in reality (as there appear to be no safety issues) will look if vaccination can do something with the disease).  Depending on the results (which we will have already later this year) we will know if we have to do more (i.e. do more immune activation than just this vaccine – that could be a combi with other forms of vaccines, antibodies or something else) and, in the little longer perspective, if we can start vaccination even before people have MPN –you could indeed imagine that we will be able to vaccinate healthy individuals to prevent (or decrease the likelihood) of MPN

The JAK2 mutation is a bit different and more difficult.  We have seen that the immune system recognize and can react towards neoplastic cells due to a reaction towards this mutation.  However, this is more difficult for the immune system, partly because the mutation is only in 1 amino acid (which basically means that there is less novel for the immune system to react against compared to healthy cells). This does not mean that a JAK2 vaccination is not possible, and we hope we at some point can include this, but this is not how we are starting in patients carrying this mutation (which is most as you know).  It has been described that the JAK2 mutation up regulates another protein called PDL1 on neoplastic cells.  We have shown that the immune system also can react towards PDL1, and we plan to start a vaccination trial in the patients with a JAK2 mutation against PDL1 later this year (hopefully before summer – we are sending the protocol to the authorities very soon, but you never know how long time these things take – especially since we are a University Hospital Center with limited resources).  Again we will have to wait to see if this does something good in the patients and then we will have to modify from there.  What is extra interesting with this form of vaccine is that we will target not only the neoplastic cells but also the parts of the immune system, which are bad for anti-cancer immunotherapy (the part of the immune system that is defined as the regulating immune system which is preventing anti-cancer immune response).  So we might even combine this PD-L1 based vaccine with the CALR vaccine in CALR mutated patients.

So in short, our findings that the immune system are able to specifically react towards MPN cells will, in my mind, make it possible to more specifically target the neoplastic cells in patients in the future. We are already trying to translate these findings into clinical trials, and, hopefully, this will be followed by other centers as there are many other means of utilizing these findings.  I am also trying to generate interest from the Industry, as we need this, if we really want to develop this into something real for patients.

The Health Benefits of Social Connections for Myeloproliferative Neoplasm Patients