When a process works, it’s natural to try to repeat it rather than recreate or rethink it. This holds true in running clinical trials to develop new drugs: the main path to FDA drug approval is often the same path that led to the prior drug’s approval.

For decades, the foundational basis for determining if a drug should be approved is whether its benefits outweigh its known and potential risks for the intended population. At its core, this is a quantitative risk-benefit analysis. It is not a patient-centric evaluation and it does not emphasize individual patient quality of life as a significant factor. 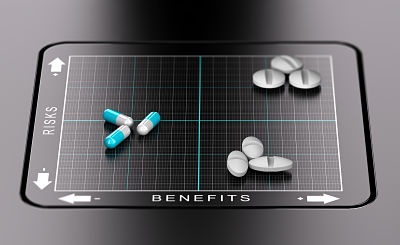 It’s time to start shifting this strategy and instead approach drug development not only through balancing efficacy and safety, but also by taking into consideration the broader needs of patients as individuals.

Cancer drugs are good examples of this challenge. They have traditionally been developed with a focus on eradicating cancer cells and shrinking tumors to undetectable levels, and certain levels of toxicity are the tax assumed for the realized benefit. The cost to the patient in terms of tolerability, ease of use, compliance with the therapy, and quality of life are not always the primary driving factors in development decisions. But drug developers must begin implementing these considerations into their algorithms.

At a fireside chat at the SVB Leerink Therapeutics Day in Boston this summer, Janet Woodcock, director of the FDA’s Center for Drug Evaluation and Research, commented on the need to incorporate the patient’s perspective to develop better designs for clinical trials. A few months later, speaking at the Breakthroughs in Medicine conference, she said, “The science is fabulous, but that’s not enough.”

The implication of Woodcock’s statements, at least in part, is that there are better ways to approach drug development to benefit individual patients, help them stay on treatment, feel better, and live longer. Drug developers need to take a lead in achieving this goal.

New and creative solutions, such as figuring out better dosing and treatment schedules, can be the difference between a potent drug associated with severe side effects and one that patients are willing to take long enough to maximize the benefit. We’ve seen successful examples of this before.

In the early 1990s, there were limited treatment options for women with breast cancer that was resistant to available chemotherapy agents. The introduction of taxanes like paclitaxel and docetaxel marked a significant advance in treatment.

Although taxanes are now a cornerstone of breast cancer therapy, they were initially too toxic for most patients. Since then, the average dose has been reduced, dosing schedules have been optimized with lower doses administered more frequently, and taxanes are now being used to enhance other treatments. These adjustments have led to promising results and have allowed more patients to be treated for longer periods of time than in those early days.

Cancer drugs may work well when given daily, continuously, and indefinitely. But they may also work at least as well — and with lower toxicity — if given less often. A class of cancer drugs known as histone deacetylase inhibitors was among the first to be used with an intermittent regimen, in which a high dose is followed by a rest period intended to allow the body to recover from side effects.

This article hits a bull’s-eye on problems facing new drug development for MPN Cancer treatments.  The core concept of clinical trial development “To Determine the Maximum Tolerated Dose (MTD)” puts the patient at serious risk for numerous complications and only serves the needs of clinicians, researchers and the pharma industry as a whole….leaving the needs of the patient on the sideline.

When my physician and I started the RuxoPeg combo for polycythemia vera (PV), I suggested starting with minimal dosing with small, incremental increases until the desired outcome was reached.  This treatment strategy was entirely focused on me as a cancer patient, being able to more easily tolerate a potent combination of drugs, while significantly reducing the side effect profile.  It was a winning strategy, thanks to a brilliant doctor and a “well-informed” patient.

In my ten years with PV, I’ve been “pitched a clinical trial” by a well-known cancer center.  After listening to laborious details of the trial focus, learning about annual bone marrow biopsies (definitely not a patient friendly proposition), monthly travel 3 hours each way to the closest participating trial center and reading through 84 murky pages of consent forms, I quickly decided HELL no!  Once the clinical trial coordinator left the room, the physician returned….I promptly asked the MPN expert for a prescription for the well known “off-label” medication and he kindly obliged.  A Much better option for me!

The whole clinical trial system needs an overhaul in order to get higher enrollments (get patients interested).  A patient-centric strategy, as Dr. Ghalie suggests, is a critical point that organizations involved in drug development will need to embrace as we enter the new decade.

The Health Benefits of Social Connections for Myeloproliferative Neoplasm Patients